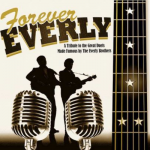 The Everly Brothers combined their two voices for a distinctive harmony that was wrapped around some of the finest songs of the early rock era. Now audiences can relive that sound with Forever Everly: A Tribute to the Great Duets Made Famous by The Everly Brothers. Crossings brings the performance to the State Theatre.

A major influence on the Beatles and virtually every vocal act that followed, the Everlys were also able to cross genres and had both pop and country hits.

This joyous performance features a full band and six wonderful vocalists – including Mary Jane Alm, Matt Velline, Boyd and Aimee Lee, and brothers Paul and Tim Frantzich – all taking turns pairing up to interpret the rich and varied musical catalog of the legendary duo. All told, there are 11 performers on stage for this concert. 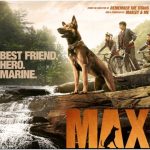 $2 movie night for
families, adults and students!
Hosted by Zumbrota Partners in Prevention

The Zumbrota Partners in Prevention is hosting a $2/person movie night! We will be playing the movie “Max” (1 hour, 51 minutes). After U.S. Marine Kyle Wincott is killed in Afghanistan, Max, his highly trained service dog, is too traumatized to remain in service. Back in the U.S., Kyle’s family adopts the dog, but teenage brother, Justin has problems of his own and doesn’t want the animal. However, Max may be Justin’s only chance to learn what really happened to his brother. With the help of a dog-savvy friend, Justin and Max begin to bond, and set out to unravel the mystery of Kyle’s death.
The $2 movie comes with one bag of free popcorn!
Other treats and beverages will be available for purchase 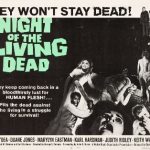 The dead come back to life and eat the living. Several people barricade themselves inside a rural house in an attempt to survive the night. Outside are hordes of relentless, shambling zombies who can only be killed by a blow to the head. Classic thriller!

ZAAC presents a FREE movie “The Night of the Living Dead” on Sunday, October 30th at 2 PM. This 1968 George A. Romero film is a classic thriller…The dead come back to life and eat the living. Several people barricade themselves inside a rural house in an attempt to survive the night. Outside are hordes of relentless, shambling zombies who can only be killed by a blow to the head.
Following the movie- moviegoers are invited to a ZOMBIE CRAWL and make their way to the Zumbrota VFW where there will be free hot chocolate and a costume contest. Family fun – parental discretion for young children. 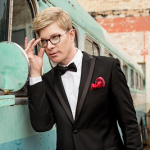 An orphaned brontosaurus named Littlefoot sets off in search of the legendary Great Valley. A land of lush vegetation where the dinosaurs can thrive and live in peace. Along the way he meets four other young dinosaurs, each one a different species, and they encounter several obstacles as they learn to work together in order to survive. 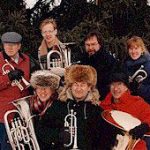 Polkas. Schottisches, Waltzes and Hymns- Something for everybody! The repertoire of Ameriikan Poijat is derived directly from original hand manuscript sources to be found among Finnish bands and archives. Waltzes, schottisches, polkas, mazurkas, polonaises, and other social dances are well represented in the old books. Distinctly Finnish dances included are the jenkka, humppa, and the Finnish version of “tango.” As a part of the amateur brass band movement in Finland, such prominent composers as Sibelius and Madetoja contributed concert repertoire, and numerous transcriptions were made of standard orchestral music. Many of the concert pieces for brass septet were commissioned to be performed at large national music festivals. During the past decade, when the Finnish septet has been enjoying a revival, modern Finnish composers and arrangers have contributed many new works to the septet.

Although Finnish brass septet music bears the shadows of Russian, Swedish, and German influences, its Finnish sound is unmistakable. Through contact with septet players in Finland, we realize that our playing style may differ a bit from native performers, but their enthusiasm for our renditions has been gratifying. We play with a “foreign accent.” The more we interact with our Finnish musical colleagues, the more authentic we sound! The septet repertoire is colorful, well crafted, full of history, and a very satisfying medium for learning about an ethnic and musical heritage.

Memphis and the Meantimes with Mick Sterling celebrates the music from Sun Records and the Grand Ole Opry; music that changed the world. This special night of classic country and rock and roll will also feature special guest Bobby Vandell, performing several selections from his upcoming show “Sing Me Back Home,” honoring the genius of Merle Haggard.

Mick Sterling Presents Memphis and the Meantimes is an unabashed love-fest of the songs and artists that were the building blocks of all popular music today. The legendary performers and songwriters of the Grand Ole Opry and Sun Records – including Elvis, Roy Orbison, Jerry Lee Lewis, Carl Perkins, George Jones and Johnny Cash – will be honored by a stellar lineup of singers including Cate Fierro, Shalo Lee and Mick Sterling performing classics including “Blue Bayou,” “Will the Circle Be Unbroken?” “Heartbreak Hotel,” “Jackson,” and many more influential classics.

To spice the night even hotter, Vandell will pay tribute to Haggard, who is known for hits like “Okie from Muskogee,” “The Fightin’ Side of Me,” and “I Wonder if They Think of Me.” With his band the Strangers, he helped create the Fender Telecaster-twang of the Bakersfield sound.

This is not new country – this is the stuff new country can only dream of being. For fans of the classics of these genres, this will be a beautiful night. 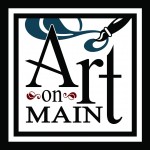 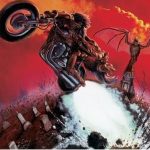